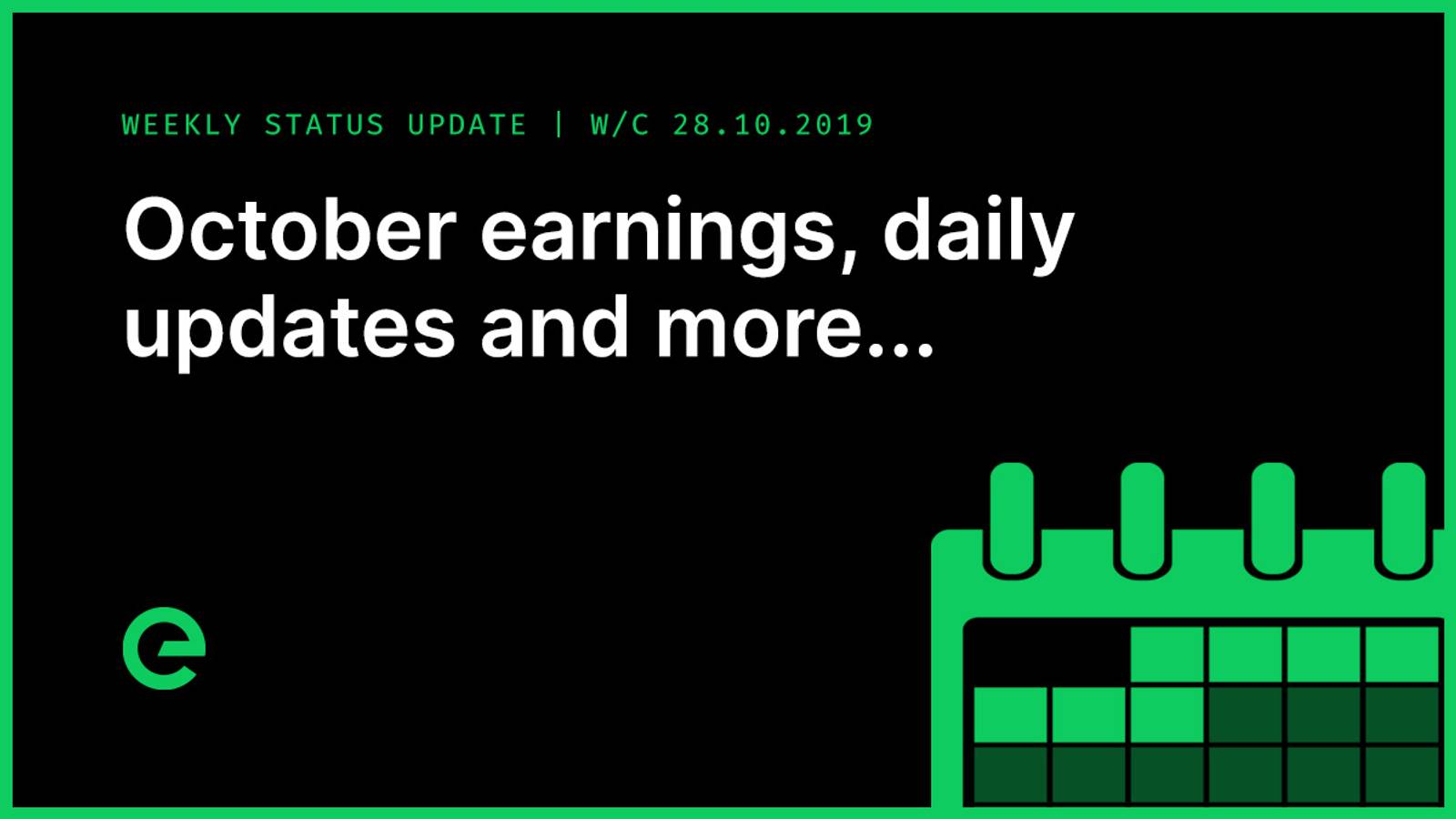 Daily earnings have been enabled in the network, with earning data now pushed to network dashboards once every 24 hours.

You can read about this in more detail here: https://edge.network/en/updates/network/daily-earnings/

There are a whole world of updates and enhancements in this release, and we’ll be writing about them next week.

The web service team continued work on improvements to the rich editor in Edit. Among other updates they implemented nested lists, improved keyboard navigation and the behaviour of the link prompt.

They also spent time planning for the implementation of third party data sources within the dashboards of our editorial interfaces.

And they continued work on Edge CLI connectivity tests and the integration of benchmarking into Network CDN for Host.

A series of earnings service improvements were made along with a few bug fixes.

We’ve seen good growth in Hosts since multi-device onboarding kicked off, with some new nodes in far-flung spaces!

We remain on track to have interfaces for content distribution in open Beta for the community around the second week of November (TBC). We’re currently integrating front end templates, which will be released under my.edge.network in the first instance.

Finally, I expect to be releasing an update to our roadmaps next week.

Over the past few weeks, the TNC team has made extraordinary progress coordinating the listing process with exchanges worldwide. As of today, TNC has confirmed listings on numerous exchanges around the world, including some of the biggest name brand exchanges out there.